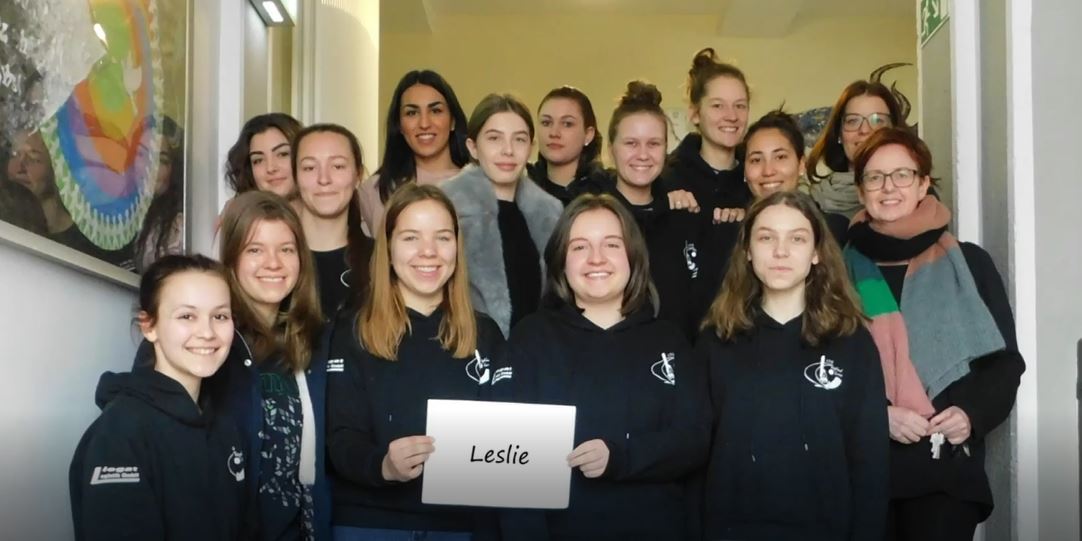 Our task as the P-Seminar English-Sports was to organize a sports day for our school’s 8th grade students, inspired by the Scottish Highland Games. As learning about the Scottish culture is part of the 8th grade English syllabus, the idea was to create an event to teach them about this culture in a fun way.

After less than one year of organizing and preparing everything essential to perform this day, it was finally time on the 19th of December, 2018. This was the day we had to fit together all the pieces of the puzzle, which we had constructed over 10 months time, and build the whole picture without gaps or errors. Fortunately we eventually succeeded in turning this ‚perfect sports day‘ into reality and in creating an event, which, now looking back at it, we can be absolutely proud of. We are especially proud because although our ideas had been widely restricted by having to perform the Highland Games inside the gym, instead of typically outside, we luckily managed to find ways to adapt certain Highland Games disciplines to the gym. On top of that, our aim was to not only have the event seem like a normal sports day, but to recreate the typical Scottish ambience instead. By doing so, we hoped to give the students the impression of participating at real Highland Games. We achieved this goal by decorating the gym with Scottish flags, emblems and even having two teachers (Mr. Fisher and Mr. Dorn) moderate the event, dressed in kilts.The most pleasing part of it turned out to be the fact that we, as a P-Seminar, had managed to offer the 8th graders an unforgettable day, by providing them an insight into the Scottish culture, in the frame of a lot of fun and memorable experiences.

Our Highland Games were made up of seven different stations, at which the students were able to try out different Highland Game activities. These included games such as Witch Ride (a parkour type of activity), Tug of War, Toss the Welly or a typical Scottish dance.
The event lasted one entire morning from 9 a.m. until 1 p.m., though we had to split it up into two shifts, due to the large number of students. In groups of 3-4 students, they participated at every station, trying to collect as many points as possible for their class, in order to be nominated as the winner of our Highland Games. The prize was to watch the Scottish movie „Merida“. Points could be gained by either successfully completing the specific tasks at the stations in theory or in practice. The theoretical part was made up of questions about the Scottish culture. To enable the students to answer these questions correctly, the P-Seminar had taught them the information about the topics language, culture and geography during their English lesson one week in advance. But not only the winning class gained a prize; every student received a Scottish shortbread biscuit, to end the Scotland-inspired day in a great way for everyone.

All in all, we as the P- Seminar are absolutely astonished and glad about how everything turned out. So that we were able to achieve so much in only 10 months time as a group, as well as how motivated and open-minded the students were. Admittedly we did have some concerns beforehand about whether the event would work out in the exact way as we hoped it would, but with our brilliant course instructors Ms. Kaiser and Ms. Schmitt, as well as the 8th grade students, nothing turned out being a problem. Moreover, watching how much the students enjoyed the event was the best confirmation we could have gotten that we had managed to achieve our goal.